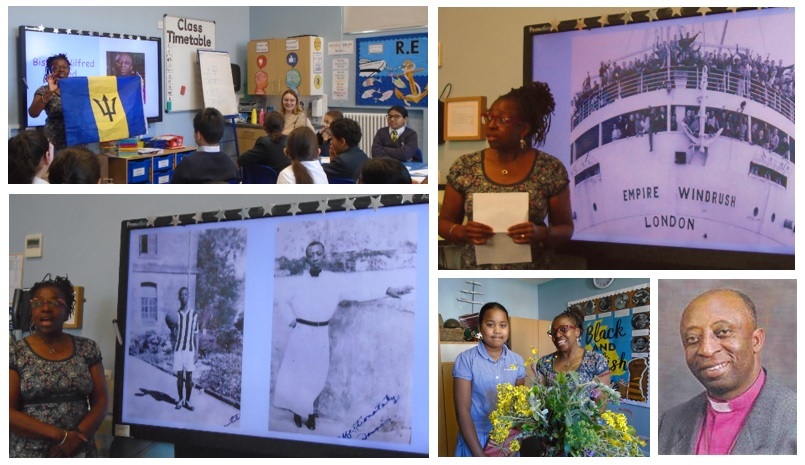 Bishop Wilfred Wood’s daughter has brought a message from her father that we should be the best version of ourselves we could possibly be. The Wilfred Wood room was named this year after a competition to find the perfect black British role model. Wilfred Wood was the UK’s first black bishop after years and years of working for housing rights, protesting against apartheid and for those let down by the prison system.

Gill Wood, who lectures in journalism, said that as a child she remembers her father on Christmas Day protesting about apartheid at South Africa House and then going to Wormwood Scrubs to support prisoners who had few to look out for them.

As we can see from the flag of Barbados, he was proud of the country where he was born in 1936. After getting the calling to become a priest, he heard how some people from the Caribbean were being treated really badly after arriving as part of the Windrush Generation. Although they thought they were being brought into England to rebuild the country, they were often in poor jobs that other people didn’t want to do. They were also racially abused. Wilfred Wood was determined to make a difference and to this day he still has people greeting him in Barbados and thanking him for organising their British passports. We definitely chose a wonderful role model for our group room to be named after.

Gill Wood enjoyed hearing about the history of our school and its dedication to free education. She has promised to keep in touch.

We are so grateful to Ms Wood for taking the time to visit our school today!